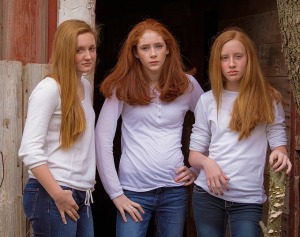 The Redhead Days Festival will be held this year in Tilburg, Netherlands during August 26 to 28. Be there to strut your awesome redheadness or if you’re not redheaded yourself, to absorb the sunshine emanating from so much redheads assembled in one place.

The whole thing started when painter from Asten, Bart Rouwenhorst, asked for 15 redheads to sit for portraits for an exhibition he planned to hold. However, 150 showed up. The artist took a group photo of all the gingers. So began the first Redhead Day. A humble beginning surely, but the event has grown ever since.

Oh, before I forget, January 12 is Kiss a Ginger Day. Don’t you forget, too.

40,000 people, including 6,000 redheads, attended the 2019 event. This year’s event promises to have just as many gingers and redheadophiles (well, it could a word).  People come from all over the world, from here, there, and Micronesia. Be sure to check the event’s website before you bring your clothes. Attendees all dress in the same color, which will have been decided by voting.
°
The planned highlights of the three-day event include: are a dress-up contest, pub crawl, kids playground, hot tubs (not in the kids playground), food stands, cocktail workshop, BBQ, art exhibition with a red-haired theme , open stage, singing, salsa dancing, lectures, photoshoots, poetry, and cycling tours.
°
Spend your days at the festival, then head to the exciting after-festival parties. There’s even a late night, redhead party at Netherland’s best known gay bar, The Lollipop. All are welcome. Book your flights and lodgings now. Go red!

The Chicago Cubs, The Greatest Threat to World Peace

Posted on September 15, 2014 by pauldelancey

The greatest threat to world peace is the Chicago Cubs. They last won a world series in 1908. Since then America has fought two world wars,  and other wars while not as big as these two, still replete with distressing levels of violence.

This doesn’t even count all the countries where our Air Force has fought nor all of our special ops. My apologies to veterans who fought in a country that escapes my feeble memory.

But the unassailable fact remains; America has been doing a heck of lot of fighting since the Chicago Cubs last won the big one. The conclusion is obvious. Because of the Cubs steadfast avoidancel of excellence, violence stalks the globe.  If ever there were a time for a global-prayer day, it is now. Pray for world peace. Pray for a Cubs Series win. It is the only way it will ever happen.

And did you know that the Louisiana Purchase of 1803 is closer to the Cubs’ last world championship than it is to present?

The stability of the entire world is threatened by an emerging superpower, Papua New Guinea. 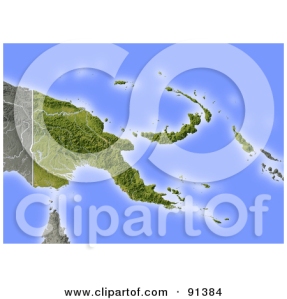 Hah, you say. Where is Papua New Guinea? North of Australia. What does it produce? Rain, mud, and documentaries about newly discovered stone-age tribes within its borders.

What could such a country do? Buy a lot of SPAM or … conquer the Pacific Ocean.

How? I’m glad you asked. Everyone knows the best mud for beauty care comes from Papua New Guinea, or PNG. The demand for this mud in American and European spas grows fantastically every year. Soon, PNG will be awash with the world’s money. PNG can then allocate its new billions to buy used aircraft carriers, fighter planes, bombers, tanks, and landing craft listed irresponsibly on eBay.

This is where the nightmare starts PNG has a population of 4,600,000. (I counted them twice.) Even if it puts just 10% of its people in the military, it will have a striking force of 460,000. Who has the population, the might to stop them? Not neighboring Nauru with its tiny population of 11,000 and maybe soldiers.

Emboldened by this easy conquest, Tuvalu, Palau, Marshall Islands, Kiribati, and Tonga, with their combined population of 260,000 will fall like leaves in a Wisconsin autumn. This disaster will have worldwide ramifications. Does anyone doubt the Palauan contingent keeping the peace in South Ruritania will remain under such dire circumstances? No, they will go home to fight a war of liberation. The whole idea of UN peace-keeping forces will unravel. Minor skirmishes will become full fledged regional wars. So it goes.

Soon, Micronesia and Vanuatu will topple. I don’t know much about them so let’s move onto the Solomon Islands and Fiji–biggish but still smaller than PNG. We cannot let these two nations fall. We cannot let PNG monopolize the best snorkeling sites in the world. Have you snorkeled at Key Largo? Well, let me tell you, the snorkeling at Fiji is much better. And by the way, conquest of these countries would enable PNG to block all airborne and seaborne trade across the Pacific. The snorkeling industry and the world economy would collapse.

What can Americans do? Simple. Cut off the funds for PNG’s drive for conquest. Whenever getting a mud treatment at your local spa, be sure to ask for good ol’ American mud. It’s good for your face. It’s good for world peace.