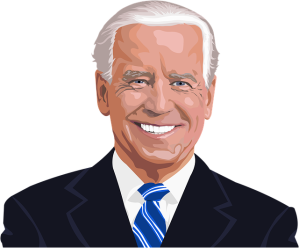 I am officially inviting you and whomever you wish to bring with you to have a gourmet five-course meal at my humble abode in Poway, California. My wonderful wife and many friends eagerly await your appearance. As you know, Mr. President, Poway is the hot spot of all political campaigns. The saying runs, “As goes Poway, so does the Presidency. ”

You will have have a great time in Poway with its many streets, walking trails, proposed Candyland(tm) Museum, and library.* So, please come. The prestige you’ll reap from visiting Poway and me will let you overawe your opponents in Congress. Lord knows you need help with that. And heck, you’ll have fun chowing down on home-style gourmet cooking.

P.S. May I suggest you invite your wife to come along with you. You don’t want to get in trouble. And I could talk to her Ph.D. to Ph.D. It would be such fun.

* = Our library even has a little aquarium. You can look at it for hours without even noticing the time. All the while, you’ll feel your many troubles melting away. Now, what is there in Washington that can do that for you?

Some time ago*, Joe Biden, the Vice President, of this august land sent me a post titled, “I’ve had it up to here.” I don’t know what I’ve could have done to upset him. I’ve never even met him. If someone teepeed his house, all I can say is that I didn’t do it. Sure I ran for the presidency back in 2012, as part of the Bacon & Chocolate ticket. Sure I could have won. Sure, I could have taken enough votes away from the democrats for the republicans to have elected Romney. But I didn’t. Obama’s president and Biden’s vice president and I’m not and Candace Bowen isn’t the VP, and that’s that. We got over the election. I thought Obama and Biden could do the same.

And just when I thought it had all calmed down, I got the following post from the Vice President:

Again, Joe, I protest. I didn’t do anything. If someone sent you a pizza to your home, I’m not paying for it. This is a typical college prank. I’m not digging deep.

My I suggest you calm down with a nice, cold root beer. Life’s too short.

* = I have no idea when. Indeed, the sequence of events might be off. Having a poor memory could be a good thing if I ever have to deny knowing anything.