To all the mothers, to all those who wish to be mothers, and to all who mother and help strangers, Happy Mother’s Day. You are utterly magnificent and wonderful. 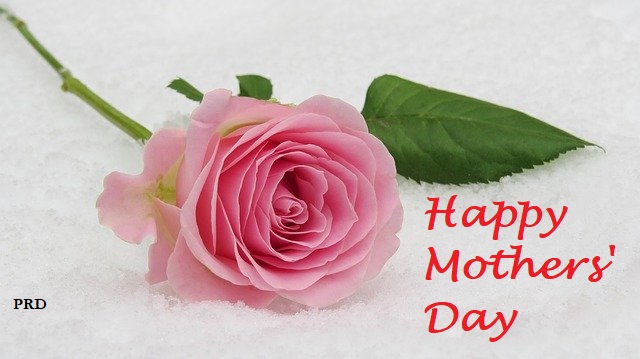 Posted on September 17, 2021 by pauldelancey 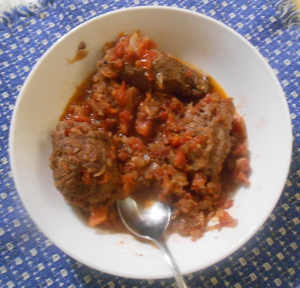 kitchen mallet
kitchen twine or toothpicks
sonic obliterator (Why is this not in your kitchen?)

* = The best, or at least most common, translation is really “Beef Olives.” Apparently, many people think rolls look like olives. This interpretation has over 500 years of history behind it Indeed, the word olive was sometimes used a verb, as in to olive, roll up, some ingredient. Now you know.

1) This recipe uses eggs. Each egg is to be cut into six slices. This is easy to do if the egg is three inches long. Why, each slice would be one-half-inch thick. That’s easy to measure, but three-inch long eggs are hard to find, especially ones that come from hens.

2) Okay, what about an egg that is 1-8/9 inches long. Divide that by six and you get slices that should 17/54 inches wide. How the heck, do we measure that on a standard ruler? I’ll bet no ruler has ever been made that divides inches into 54 equal parts.

4) From the French Revolution. French chefs everywhere ran into considerable delays when the aristocrats suddenly wanted their meal portions to include exactly one sixth of an egg. We don’t have rulers that measure in fifty-fourths now. It’s certain that pre-revolutionary chefs didn’t either. So cutting eggs became much problematic.

5) Problems in dividing eggs meant long delays in making the aristocrats’ favorite dishes. This enraged the impatient French nobility. Gourmet chefs all over Paris found themselves chucked into prisons especially the Bastille.

9) The French elite still clamored for their exquisite meals But there were no more gourmet chefs. But where would the aristocracy find new chefs? From the bakeries. This action, however, meant a shortage of bakers to mean bread.

10) So Paris suffered a bread shortage. Incensed Parisian mothers stormed the bakeries for anything they could find. A hungry mob gathered. It stormed the Bastille to release the imprisoned chefs. The French Revolution had begun. Desiring stability, the Revolutionary government of France converted to the metric system. France is now a stable country.

12) America is not metric. We are sitting on a powder keg.

Posted on September 28, 2018 by pauldelancey 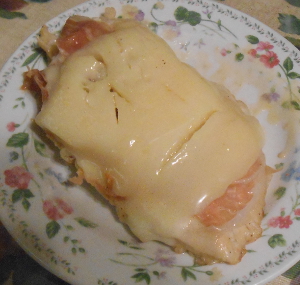 Add wine to pan. Heat for 3 minutes or until liquid bubbles. Stir frequently. Top each chicken breast with a slice of proscuitto and a slice of Fontina cheese. Return chicken to pan. Spoon liquid from pan over each chicken breast. Cover and reduce heat to low. Simmer for 5 minutes or until cheese melts. Pairs well with the expensive Italian white wine your guests should be bringing.

1) One of the most successful series of booklets ever is “Where’s Waldo?” Here, a child needs to find the character WaldoTM hidden on a page with of hundreds of lookalikes. This challenge gives new mothers time to perform only distantly remembered pleasures such as taking naps or being undisturbed in the bathroom.

2) In Italy, however, they play “Where’s Valdo?” This title of this recipe is one example. “Valdo” is cleverly hidden in “Valdostana.” Yes, this is a word game in contrast to the pictorial “Waldo.” In this case, young Italian mothers invite their little ones to find “Valdostana” in the daily newspaper. Sometimes it takes all day to find that word in print. This gives mothers a golden chance to get things done. And all that reading does wonders for children’s vocabulary. Indeed, most six-year olds in Italy can read at the fifth-grade level.

JW asks: Should I really call my mom, or get her a gift or card, or visit her, or any of those other mother’s day things?

Dear JW: I think you should give the Mothers’ Day of Benedict Cummerbund. He’s handsome as anything, he’s rich, he has a career, what more could mother want? Ask Benadryl Cuminpatch if he’d like to spend the rest of his life with Mom. You’ll have to ask Benpicked Cucumber nicely as he is, as indeed all celebrities, used to people gushing up to him. If a lifetime commitment is too much, would he be willing to do whatever Mom wanted for one day. Should he complain of lost income from his movies, you’ll just have to rob banks until you’ve accumulated $100 million. Oh, and a grilled cheese sandwich. Make sure the cheese is gruyère. Celebrities have expenses tastes. This will be a Mothers’ Day Mom will never forget.

Dear SL: The White House has been that uninspired white ever since its construction. I applaud your desire to spiff up the world’s most recognized building, to give it some character, to have some fun. Since, the color of the Republican party is often thought to be red, it would good to paint the White House red. I strongly suggest using spray paint for the job as the Secret Service is not going to give you much time to do a professional job with a roller and a paint brush. Indeed, they apt to be rather cross with you while hauling you away to ask such questions such as, “How did you get over the fence and so close to the White House without being spotted?” You’ll be able to answer with, “Why I went to the nearest circus and bought a cannon from the Human Cannonball. I then shot myself and my paint.” Maybe that will impress them. It’s worth a shot. (See what I did there?)

JCA asks: Mayo, or Miracle Whip? Not for food, but for bedroom fun. (Asking for a friend).

Dear JCA: My natural inclination as a chef is to suggest mayonnaise as it is a purer food and less likely to be a chemical sh*tstorm. Indeed, try to get mayonnaise with all natural ingredients. Let’s keep our planet green. However in this case, spreadability and lubrication will be prized more than it would be in making a tuna sandwich, I suggest the scientific method. Have two bedroom romps with each volunter. Ask them if they preferred the mayonnaise experience or the one with Miracle WhipTM. You might need hundreds of volunteer partners before you become quite confident in your results. Should you have a spouse who balks at your scientific zeal, you might need to present your sweetheart with a nice box of chocolates and some lovely flowers when asking their permission. Oh, and make sure you always use fresh mayonnaise and Cool Whip. You don’t want to get false responses from your volunteers because you used something rancid. Check those expiration dates.

KGV states: Thanks for the reminder. Being retired, I easily forget which day of the week we are celebrating.

LF asks: Why do ticks tick?

Dear LF: Not all ticks tick, only the explosive ones. Explosiveness was a defensive trait evolved by ticks during the Cretaceous period. Ticks of that time were forever getting trampled underfoot by tyrannosaurus rexes hot on the pursuit of a brontosaurus burger. A tick scout would raise the alarm whenever a T-rex approached. The explosive ticks would rush the killer dinosaur and explode themselves. The explosion would kill the tyrannosaurus, but the rest of the tick colony would be saved. Sure it would take a lot of ticks to fell a mighty Rex, but holy moly, there are a boatload of ticks. There’s a practical use to this as well. North Korea has not acting at all neighborly lately. To help the world, get on the plane to North Korea with a carry-on bag full of explosive ticks. Don’t worry about TSA, the ticks aren’t metallic and aren’t even on any list of prohibited items. The North Koreans, being a wary sort, might ask you what’s in your bag. They might even open your bag and ask, “What are those ticks doing?” You should say, “I don’t know. Do ticks talk?” (See what I did there?) Then head to the nearest military installation, the one where you can do the most damage. Tell the ticks that those North Korean missiles or fighter planes are T-Rexes. The ticks will blow up the entire installation or base. Oh I forgot, the North Korea security is a distrustful lot. Try to blend in as you make your way through the countryside.