Posted on February 6, 2022 by pauldelancey 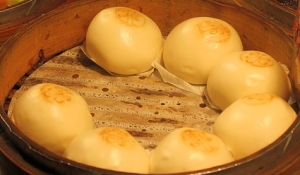 Would you climb a giant bamboo tower for these?

Lovers of bamboo and buns will not want to miss Hong Kong’s Cheung Chau Ben Festival . The festival takes place on or around Buddhas Birthday, near the end of April or May. in Hong Kong. Contestants climb a giant bamboo tower covered in Chinese steamed buns. Um, okay, it’s not entirely clear from that whether the tower is covered in Chinese steamed buns or the climbers are covered in them. Either way, it’s pretty darn exciting. Anyway, buns picked from the top of the bamboo tower or taken on the backs of the contestants to the top are consider luckier than ones at the bottom. People there go vegetarian during this festival. It’s not clear why. Maybe I would too if I had to climb a tall tower with steamed buns all over me.

The festival’s star attraction are the huge bamboo towers covered with handmade buns. Legends says the island was plagued by an epidemic that killed thousands. Resourceful Cheung Chau locals brought in the god Pak Tai and built it a temple. Pak Tai then shooed the plague and evil spirits away.

In this festival, the inhabitants honor Pak Tai with the Bun Grabbing contest. (Naughty, mind your thoughts.) Contests clamber up a 60-foot tower that’s covered with steam buns. Climbers try to grab as many lucky buns as they can in three minutes. Hard to reach buns give extra points. Or you could simply go for the prestigious Full Pockets of Lucky Buns award. This is won by the climber who grabs the most buns in three minutes. There is also a rather exciting team-relay event.

It’s not at all clear to me how grabbing buns of a bamboo tower shows gratitude to a god who stopped a plague or why these buns are lucky. But there you go. The locals love the event. Tourists from all over the globe come to see it. And you should too. So make your flight plans. Book your hotel and by all means see the Bun Grabbing contest. It’s on the last day of the festival.

But there’s more to this festival than grabbing buns. The week-long festivities includes incense, prayers for prosperity and health, and offerings to festival’s god. Pay a respectful visit to Pak Tai’s altars.

Then wander around the grounds and sample the incredible variety of steamed buns sold by the many food vendors. Heavens, those steamed buns are tasty. And be sure to bring home souvenirs of the event.

Don’t get so distracted by the yummy buns that you miss the festival’s spectacular parade. See elaborate lion dances (No, no ravenous, wild lions are used), and marching bands. Be entranced by the martial arts demonstrations. Biff, biff. Don’t miss the “Floating Children” parade where children dress as Chinese deities. They sit on stands so high that they appear to be floating.

But wait, there’s more. See unicorn dances. Does your town have anything like that? No, I didn’t think so.

It’s well worth arriving in Hong Kong the weekend before the festival for the preliminary Bun Carnival. Watch instructions teach you how to climb the Bun Tower. Climb it for fun. Practice on it. If you find you’re good enough, why not enter the event itself? Go for it. Do it for yourself. Do it for me. Do it for all us who aren’t able to attend.

Oh my gosh, this sounds like such a fun festival.

Posted on November 8, 2021 by pauldelancey 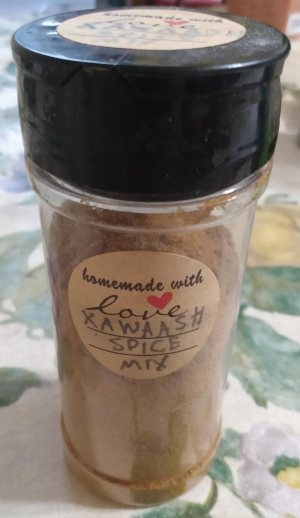 Add toasted ingredients to spice grinder. Grind until you get a completely fine powder.. Add powder and turmeric to small mixing bowl. Mix with whisk or fork until well blended. Store in airtight jar. Should keep for 4 months.

1) In the 11th century an architect named Diotisalvi made plans for a tower in Pisa. Workers built his tower lying flat on the ground. It simply remained to put the tower upright. But Diotisalvi went home for lunch, suffered an attack of amnesia, and never came back. So the workers tried raising the tower with a catapult, a trebuchet, with their arms, and blowing underneath it. Nothing worked. Then they hooked up 1,000 horses with ropes and lifted the tower up. Hooray! But oh no, the workers let the horses go too far forward. The tower listed at a four-degree angle!

3) “It’s mighty hard to see if a tower hundreds of feet tall is at a 90-degree angle,” said the foreman. A surprisingly erudite peasant said, “He needed to compare the angle of the real tower with that of a miniature, 90-degree wax tower. It’s easy to see if a small wax tower is at 90-degrees.” After that, architects would check to see if he “has a wax tower.” This shortened to “has a wax.”