Posted on September 4, 2017 by pauldelancey 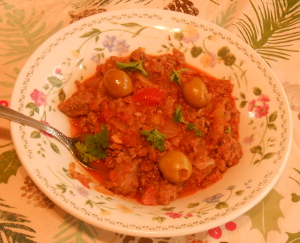 1) The first soup bowls didn’t have a bottom. Scalding-hot soup ladled into them went straight through to the would-be diner’s lap. This is why birth rates were so low until the Renaissance. Then in 1466 a young busboy, Leonardo Da Vinci, weary of cleaning up soup spills, invented soup bowls with bottoms. Suddenly, he had free time to invent and paint. Other busboys such as Michelangelo used this expanded off hours to paint and sculpt. The Renaissance was born.

2) Unfortunately, with creative energies diverted to the arts, bowl design stagnated. Soup-eating armies found little time for campaigning as they took forever to be served. Indeed, General Lee’s peanut-eating army consistently stole a march on their soup-slurping Northern counterparts. Then in 1863, busboy, George Meade discovered he could toss the soup bowls like a FrisbeeTM, if he made the bowls round. (Yes, it does take practice to this without spilling the soup.) President Lincoln, realized an army that could serve soup suddenly could keep up with the Rebels. He made Meade general. Three days, the round-bowl eating bluecoats defeated the gray coats at Gettysburg. The Union would be preserved, slavery would be abolished, and we are eating out of round bowls.