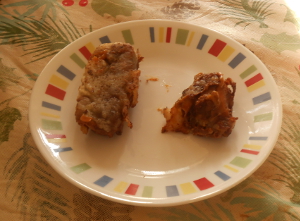 1) MarsTM was first produced by Forrest Mars in 1932. It’s sparked religious interest ever since.

2) Mars is the Roman god of war. Technically, the deity could have sued Mr. Mars for copyright infringement, but didn’t. Many culinary theologians have argued that a living god of war would certainly challenged Forrest Mar’s logo appropriation. Therefore, Mars doesn’t exist. Once we accept Mars non-existence, belief in all the other Roman gods dissolves. And indeed, the number of people worshiping Roman gods after 1932 has been pretty darn close to zero.

3) The American Mars bar ceased production in 2002, came back, stopped production in 2011, and finally came back online 2017. Its composition and size has varied over the decades. Culinary theologians hypothesize that these observable events led to widespread believe in reincarnation.

4) Currently, the Muslim community of Australia is debating halal certification for Mars bars.