Posted on October 5, 2018 by pauldelancey 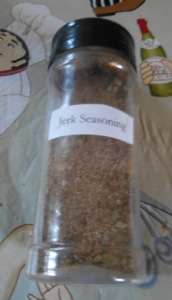 Add all ingredients to mixing bowl. Mix with whisk. Store in a tightly closed jar.

2) In 1859, Mara Angs of Ranam Gas, California, came up with the perfect recipe for root beer. Everybody loved it. One drink of Mara’s delectable beverage and everybody became happy. Californians felt their cares slip away. However, the worthy Miss Angs never did send her recipe to America’s leaders. She couldn’t afford the Pony Express’ postage. Abraham Lincoln and Jefferson Davis never sipped root beer, never became mellow, and so never reached a comprise. The Unpleasantness of 1861-1865 ensued.

3) On July 7, 1869, Ana Gram, proprietor of A Rag Man Bar and Girl sat down after hiring another waitress. Why, her customers would eat anything, even leather shoes, as long as a pretty woman served them. Miss Gram couldn’t hire enough beauties. Everyday, the stage brought 123 waitresses west to Margansa, Kansas. Why not have her new employees bring letters and parcels with them? So, she started AnaGramsTM. An improved postal service would eventually put her out of business, but her contribution to the taming of the West lives on. And a root beerian wave of happiness crashed over the rest of the American land. once she could afford to afford to mail her recipe to President Grant in 1870 . The USA would never fight another Civil War