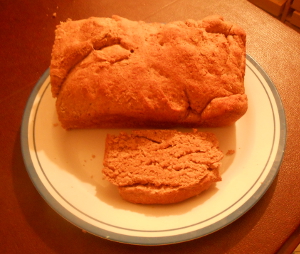 Bake dough at 425 degrees for 40 minutes or until dough turns golden brown and toothpick inserted in bread comes out clean. Gently remove bread from pan and let cool on wire rack for 30 minutes or until bread firms enough for slicing.

1) On January 31, 1968, Hiraama Kamouda of the tiny U.S. island of Madrana spelt “heteroskedasticity” with a c instead of a k. That cost Hiraama the National Spelling Bee Championship. Kamouda’s supporters vigorously maintained their spelling, but to no avail.

2) Their island’s honor tarnished, the Mandranans seceded from America. But no one noticed because the North Vietnamese had just launched the Tet Offensive. Now no one can find the island nation because Happy MapsTM mislabeled it as What Island. Madrana’s tourism industry is suffering. 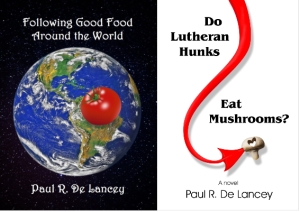