My Favorites for the World Cup Semifinals

Brazil over Germany. I’m feeling very hemispheric right now. I’m also upset about the vicious tackle that took out a Brazilian star. I didn’t see it, but still. I just got reminded how 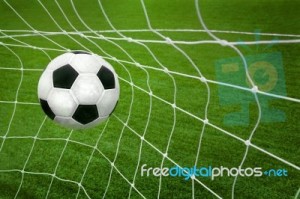 West Germany and Austria effectively colluded in a World Cup match in 1982 to keep Algeria from advancing. Grr! Besides I like Brazilian food a lot more. BRA is the three letters internet reports use for Brazil or Brasil. Women wear bras. I like women. GER for Germany, is one letter away from being germ. Germs make us sick. Advantage, Brazil.

Netherlands over Argentina. I’m not feeling hemispheric loyalty anymore. Besides, I lived in the Netherlands and enjoyed it very much. My brother played soccer in the Netherlands for the American International School. No one in our family has even been to Argentina. Got to love those orange uniforms. The Dutch monarchy is descended from the House of Orange. A popular drink in the Netherlands is Oranjeboom, or Orange Tree. There’s also Dutch ovens. I love Dutch ovens. They make cooking so much easier. There’s no such item or beer, that I know off that has anything about Argentina in its name. Poffertjes is a great Dutch dessert. Sure, the Argentinian barbecue is great, but I’m in a mood for dessert. Oh, and hot air rises in Holland. A real estate agent  once told my mother and I that. I have no such confirmation for Argentina.