Posted on February 5, 2014 by pauldelancey

Here is how Google completes your search question when you type in the words, “Why is (some country) . . .?” Presumably the first completed choice by Google mirrors peoples’ stereotypes about particular nation.

The following  stereotypes garnered more than one country:

And now, stereotypes for the first fifty countries that popped into my mind. Okay, many of the following countries were chosen because I love their cuisine. or I enjoyed traveling there. My favorite is, “Why is Greenland so big?”

Chef Paul is busy cooking up a meal. He loves cuisines from so many countries and will be back soon. Please check out his novels and his cookbooks on Amazon.com. 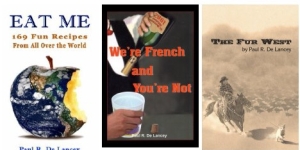