Nice Things About All the Presidential Candidates 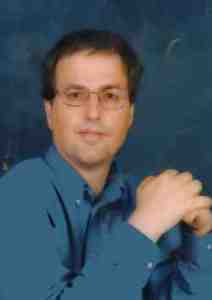 I’m tired of relentless attacks on the candidates. In the spirit of reconciliation and togetherness, here are positive things to be said about all the candidates.

Clinton: My father’s first name was Clinton.
Sanders: I love how Sanders made fried chicken popular and available across the nation:
Cruz: Nice, short, easy to spell last name. Cruz was a scrappy infielder for the Toronto Blue Jays.
Trump: I played some bridge in grad school. Trump cards are good in bridge.
O’Malley: Last name is similar to malted. I love malteds.
Rubio: Love his national chain of restaurants.
Carson: Just said no to arson, a crime by the way, by adding “C” for chocolate in front of arson. Everybody loves chocolate.
Fiorina: A great name for a nutritious breakfast cereal.
Jindal: That game with those wooden stick towers, has given millions of hours of fun to Americans. Jindal! Jindal! Jindal!
Christie: Last name is close enough to Krispies to associate him favorably with Rice Krispy squares.
Huckabee: The name ends with bee. Without bees polinating plants and flowers our entire food chain would disappear.
Kasich: He’s from Ohio. Without Ohio, there would be a dangerous void between Indiana and Pennsylvania. Would you like to fall all the way to the Earth’s molten nickel core? Not I!
Paul: Rand Paul’s last name is my first name. We have to stick together.
Santorum: The Inner Sanctum was a really cool radio show some years back.
De Lancey: Of the Bacon & Chocolate Party: What a sweetheart!