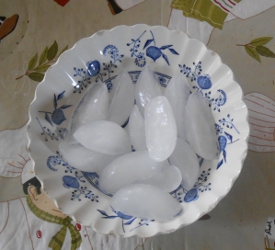 If Greenland, that way-up north country, had the same population density as Bangladesh, it would be home to 23,096,149,702 people. That’s more than three times the population of the entire world. How would that be possible?

1) Let’s face it, there’s not enough fish around Arctic Greenland to feed over 23 billion people and precious little farmland exists there. We will need to eat ice, lots of ice, and like it. Ice is low in vitamins, so we will have to spray Greenland’s entire ice with liquid vitamins. The company that wins that contract will do well indeed.

2) Greenland currently has only has housing for about two million people. Does the land have lumber enough to build homes for another 23 billion people?

No.  We will all have to become adept at making igloos.

3) How will get another 23 billion people?

You’re own on your own with this one. It’s a do-it-yourself project.

4) Why would we all want to move to Greenland?

Easy access to ice so we can all have ice-cold root beers.

I hope this helps settle your worries about the future.