Posted on December 1, 2012 by pauldelancey 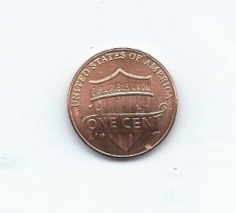 I came up with a solution to Greek Debt Crisis two years ago. Did the powers that be listen to me? Noooo. So what happened? A continuing crisis and worldwide instability. So, in the interest of the entire world I resubmit my solution.

The mounting debt of the Greek government is threatening to destroy the Greek economy, the Euro, the economies of Portugal and Spain, and the cohesiveness of the European Union. If that happens the world economy will collapse and we will have 30%, 50%, 80, maybe even 200% unemployment–you will lose that second job you never had. You’ll lose your house, your car, your package of Bar-S hot dogs that sit in the fridge you will lose. There will be revolution in the streets, only reality shows will be allowed on tv, ketchup in the supermarkets will be a thing of the past. There will be no more supermarkets. There will be NO MORE LATTES. Earthquakes will become the latest trend, hailstones will rain down non-stop. Bug-eyed monsters will roam the streets devouring Bactrian camels and humans.

This is all bad. What can we do to support Greece? Best thing to do is to buy Greek debt but as it might lose 70% of its value, you might want to spend your sofa coins on something better. Try vacationing in Greece. If that is not in your budget, try buying gyros, you that pita bread that is stuffed with that beef/lamb meat.

Now, if we all buy gyros demand for beef/lamb meat will soar. And Greece is the only country where the rare lambcow animal roams. Sure, America has lambs and it has cows, but not the one animal that is both. So, if demand for the Greek lambcow rises, Greek lambcows herders will gain more revenue. More revenue from lambcow herders means more taxes for the Greek government. The Greek government pays off its debt. The debt crisis is averted and we and our fellow Bactrian camels will not get eaten in the streets.

Eat all the gyros you can. Besides, they’re tasty.